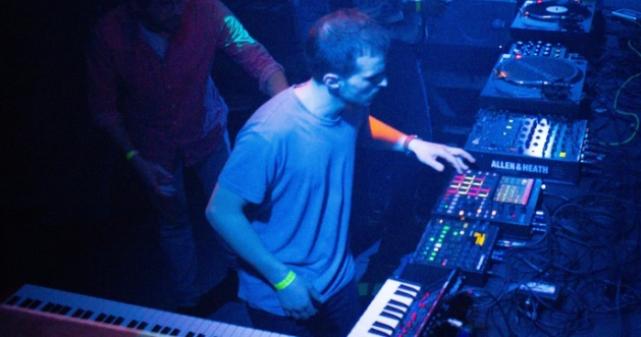 During a one-hour set, the guest artists will take us on a musical journey with their personal selection. MEG garden. Thursday 6 October at 7 pm.

The autumn season of the Réveil des Archives sonores is launched! On the programme: dj's from different horizons who will transport you for an evening into the museum's music collection.

The recent acquisition of two series of LPs (vinyl records) from the Samuel Baud-Bovy ethnomusicological collection and a transfer from the Musicology Library of the University of Geneva has created a set of approximately 400 hundred duplicate records in the MEG sound archives. In addition, about ten years ago, the MEG received a monumental collection of more than 5000 LPs, released on a multitude of labels around the world, the majority of which date from the 1960s-70s. This collection was put together by Marco Botta, an avid music lover. It includes a series of original records in mint condition, which have never been heard before! This exceptional collection presents an exhaustive panorama of the world of popular music, from all five continents. To highlight the acquisition of these discographic treasures, the MEG invites artists to share a few selected pieces with the public for an evening.

Timour Nigolian, alias Mirlaqi, won the Collège Claparède Music Prize in 2012. Turning to electronic music as a self-taught artist, he is charmed by its mysteries and richness. His live sets with synthesizers and drum machines have opened the doors of important clubs and festivals in French-speaking Switzerland, with notable appearances at the Montreux Jazz Festival 2019 and 2022, at the Electron Festival 2019, at Antigel 2020 and at Festi'Neuch 2022. The richness and eclecticism of Mirlaqi's sound have enabled him to perform in the major clubs of the Lake Geneva region, such as the Zoo, the Gravière, the Bourg or the Romandie. More distant doors, notably Kasheme in Zurich, the Groom in Lyon, the Ampérage in Grenoble and several times in Paris, have also opened since his latest vinyl releases: "Système EP" in 2019 on the flourishing Chicago label Star Creature, "Beyond the Sea of Sand" at the beginning of 2020 at the fine connoisseurs of men of the world in Zurich, "Traveling Beyond Moving" in September 2020 on Foxy Red Recordings in Berlin. His regular presence on Couleur 3 is the latest sign of his growing success.

Open to the public. Outside, in the MEG garden. Free event.

The MEG Café will remain open from 6pm to 8pm to welcome you.