Ciné-dimanche X Black Movie: The river is not a border 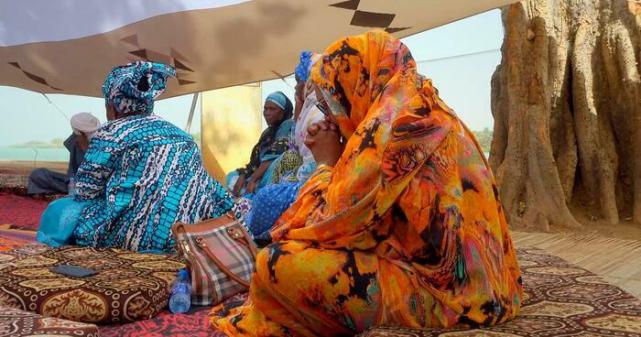 Decolonisation, gender and sustainability: a film cycle that addresses three important and current societal issues. Auditorium. Sunday 22 January 2023, from 15:30 to 18:00.

Documentary, fiction and animation films addressing these themes will be screened free of charge in the Museum's Auditorium on several Sundays each month.

In 1989, after a clash near the border between Mauritanian herders and Senegalese farmers, there was an incredible escalation of racist violence in both countries. These events resulted in thousands of deaths and tens of thousands of refugees. Alassane Diago is organising an agora bringing together witnesses and victims to tell their stories and, above all, to go back to the sources of the tensions in order to exorcise this history that haunts both peoples and continues to stir up hatred. Unsurprisingly, colonisation and its dismantling are part of the spectrum of responsibilities... So, is a beginning of reconciliation possible?

The screening will be followed by a meeting with the director, Alassane Diago.

In collaboration with and as part of the Black Movie Festival.

Film in VO with french subtitles.

Excerpt from the film

Moderated by MEG and Black Movie.